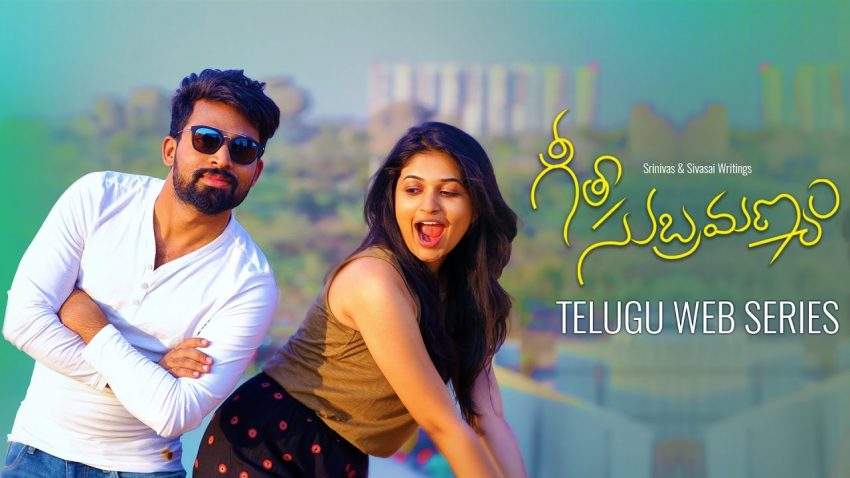 GeethaSubramanyam is a fun-loving Telugu web series written by Krish Srinivas Bathini and directed by Siva Sai Vardhan. It is a coming age romantic comedy love story that gives a few laughs along with some emotional touches.  A best Indian web series to watch during isolation and to have a fun and entertaining time. You should definitely add this web series to your watch-list.

As the title says, Geetha and Subramanyam are a youthful couple who live respectively. They’re in a live-in relationship continually battling at every single little perspective in their daily life. Obviously, each has its own goals and objectives to seek after. Their experience together may look so stupid and arrogant towards one another but however, they are really associated with each another inside. Their fights and silliness towards each other even when they are in social gatherings only proves that they like each other. What happens when life gives them more choices to choose, what experiences do they intake in their life, what emotional roller coaster do they ride is what they were keen to explore.

– It is a combination of entertainment with some comedy in couple bonding.

– Some of the dialogues in the series are not blunt but honest truths with some emotional touches.

– A fun and entertaining series to get rid of your boredom in isolated times.

– Hero Karthik’s acting is proving to be more cherishing.

– His dialogue delivery along with his matured looks doomed to be exciting.

– Nakshatra as his partner beside him just made them both look more beautiful.

– All the other cast members of this mini-series seem to have enjoyed making the story work for them.

– The comedy in the series made by other cast members just made the whole series more fun and bearing to watch.

– Scripting and Screenplay are so fun and comforting for the viewers along with the songs and BGM.

– Direction of the series is appreciable.

– Writer has done a great job in writing the dialogues for each and every actor in the series and the actors just made it more ironic.

– Songs and BGM took a prominent role in setting up the mood of the series. They’re so beautifully synced.

A compulsory mini-series to watch at least once, a new Telugu series which is this fantastic we would not want you to miss. As you’re gonna have a lot of time while in isolation , best web series to watch! watch GeethaSubramanyam web series online today exclusively on Aha! Don’t miss it.